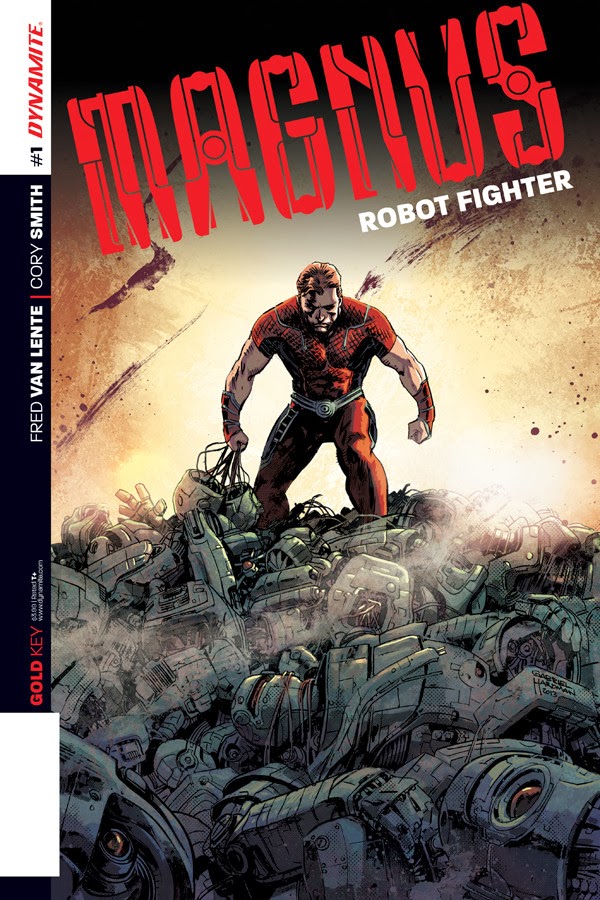 Magnus: Robot Fighter #1 is out this week! Written by Fred Van Lente, drawn by me, colored by Mauricio Wallace, lettered by Marshall Dillon and edited by Nate Cosby.

This is the biggest, coolest project I've done in comics so far, and I'm really proud of how it's turned out. I've worked harder on this than I have on anything before, so I thought I'd share some of the process that went into this book. 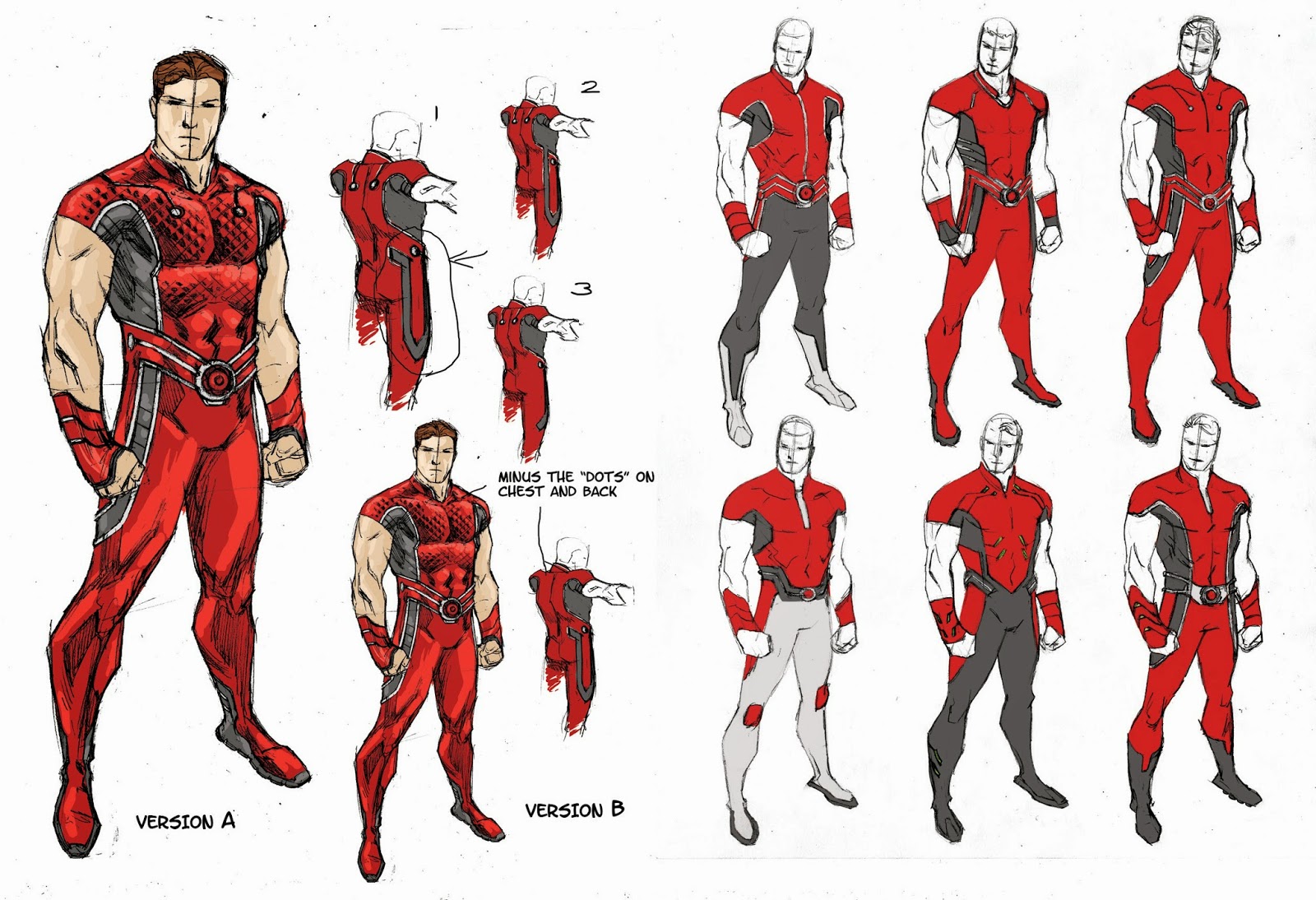 When I came into this, the Magnus design had already been nailed by Neil Edwards (see below) and based on that I developed a few variations, seen above. We ultimately ended up sticking with Neil's brilliant design with some minor tweaks by me. I sure do love gauntlets.
Next up was designing the rest of the cast and the world they inhabit, and also some robots. Lots and lots of robots. Some early designs of Leeja and Senator Clane seen below, and you can see the evolution of Leeja's look into how she appears in the book. 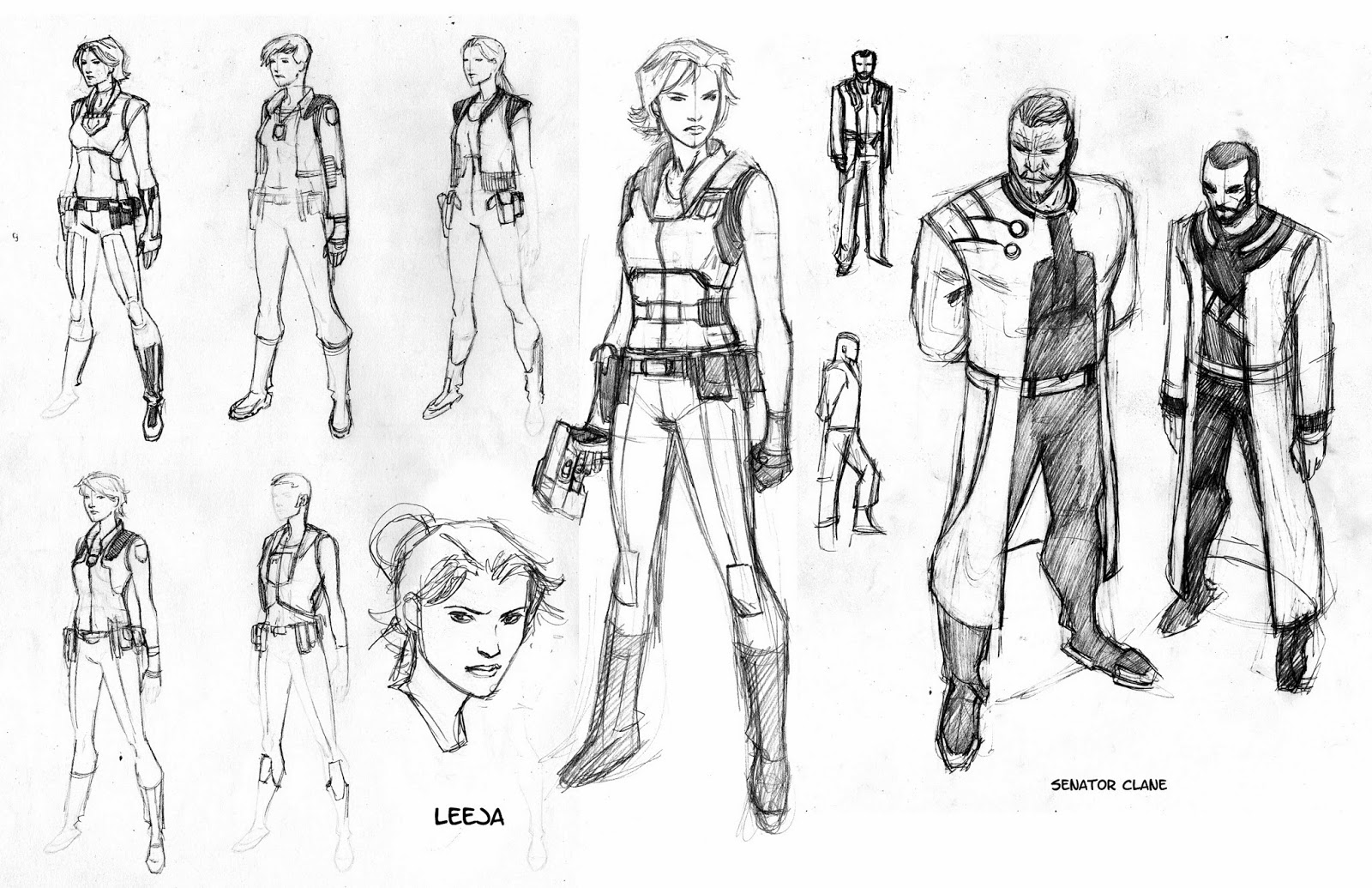 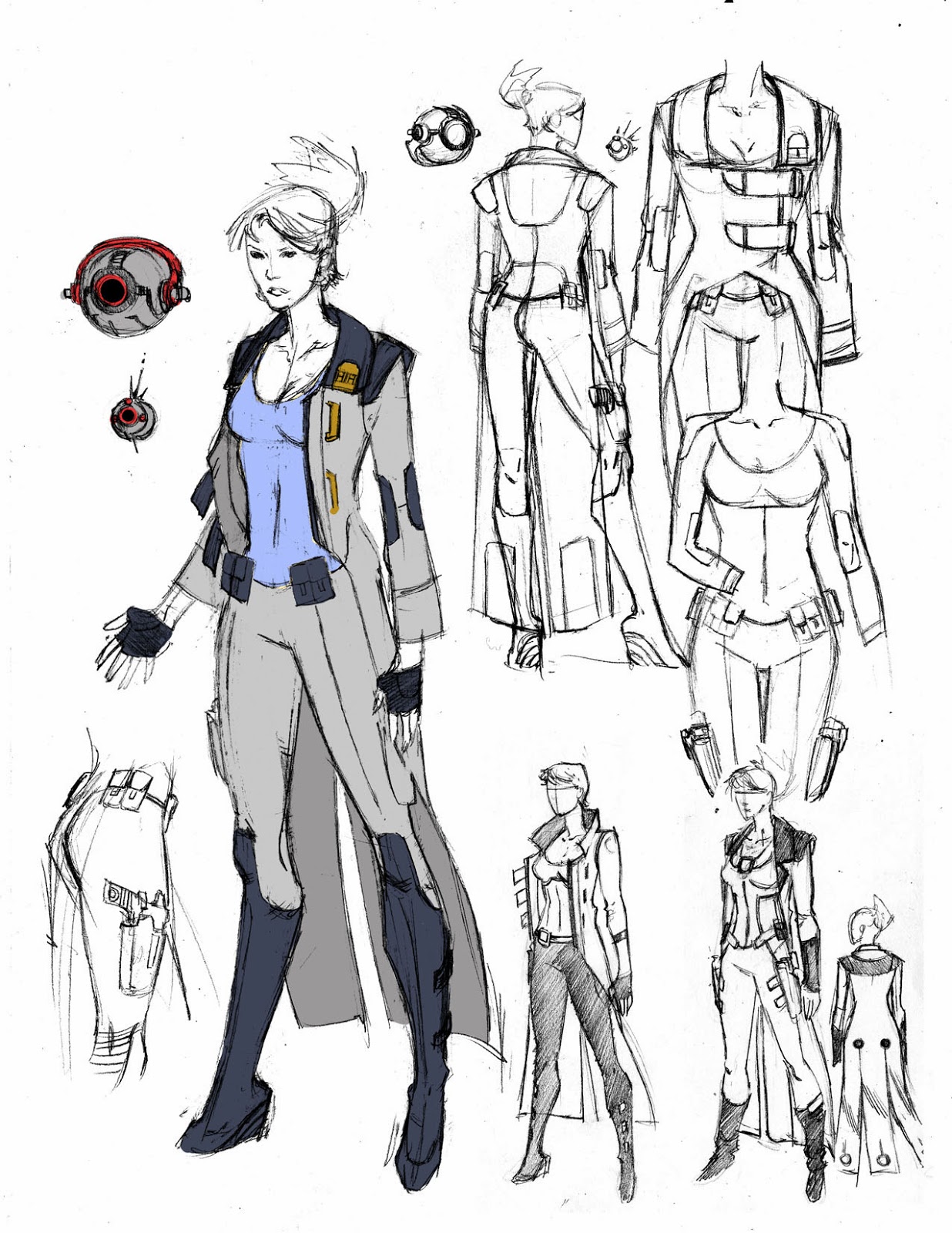 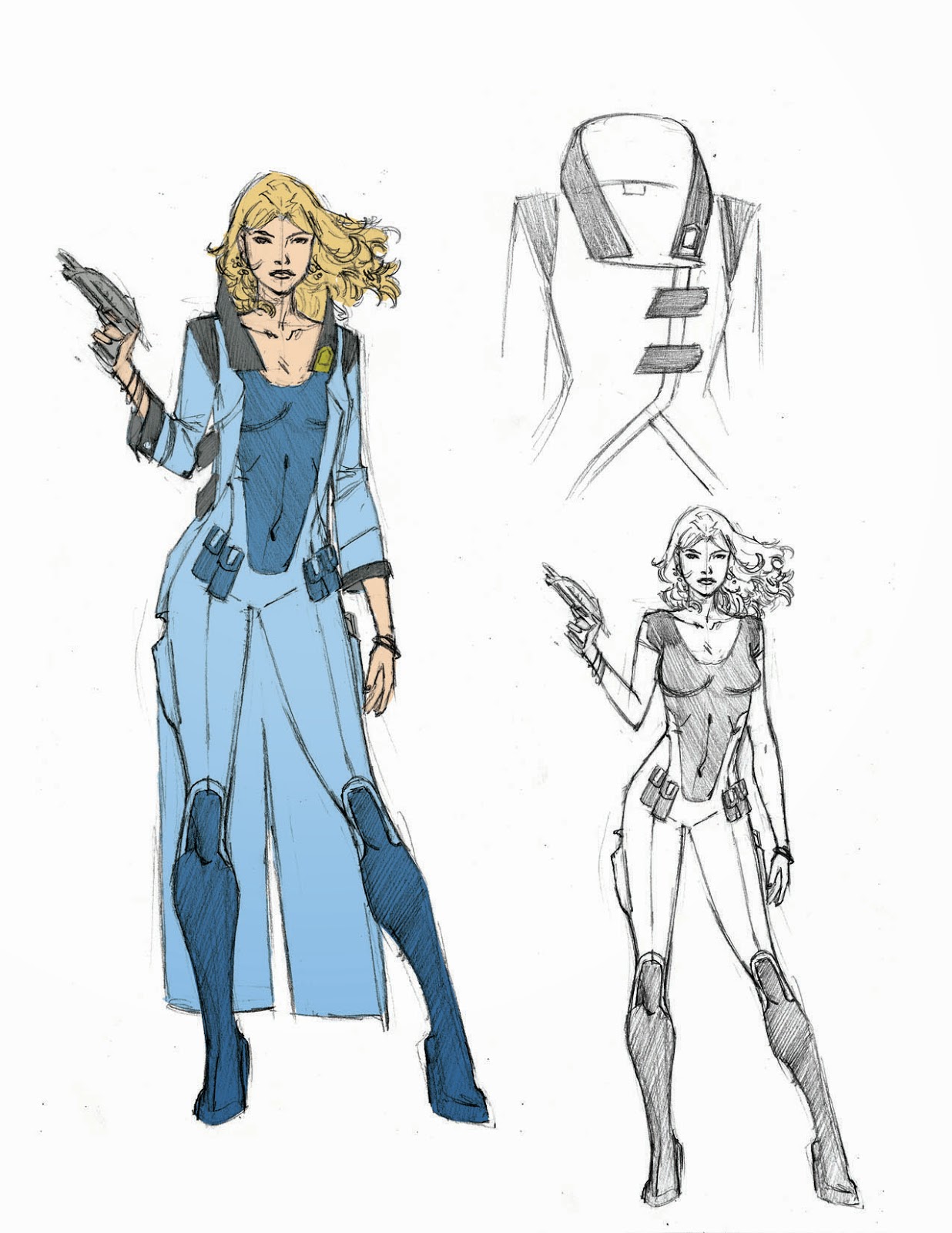 When it came to the future city of NorthAm, we wanted it futuristic but not unrecognizable. There are flying cars and robots everywhere, but also plenty of elements from the modern world. 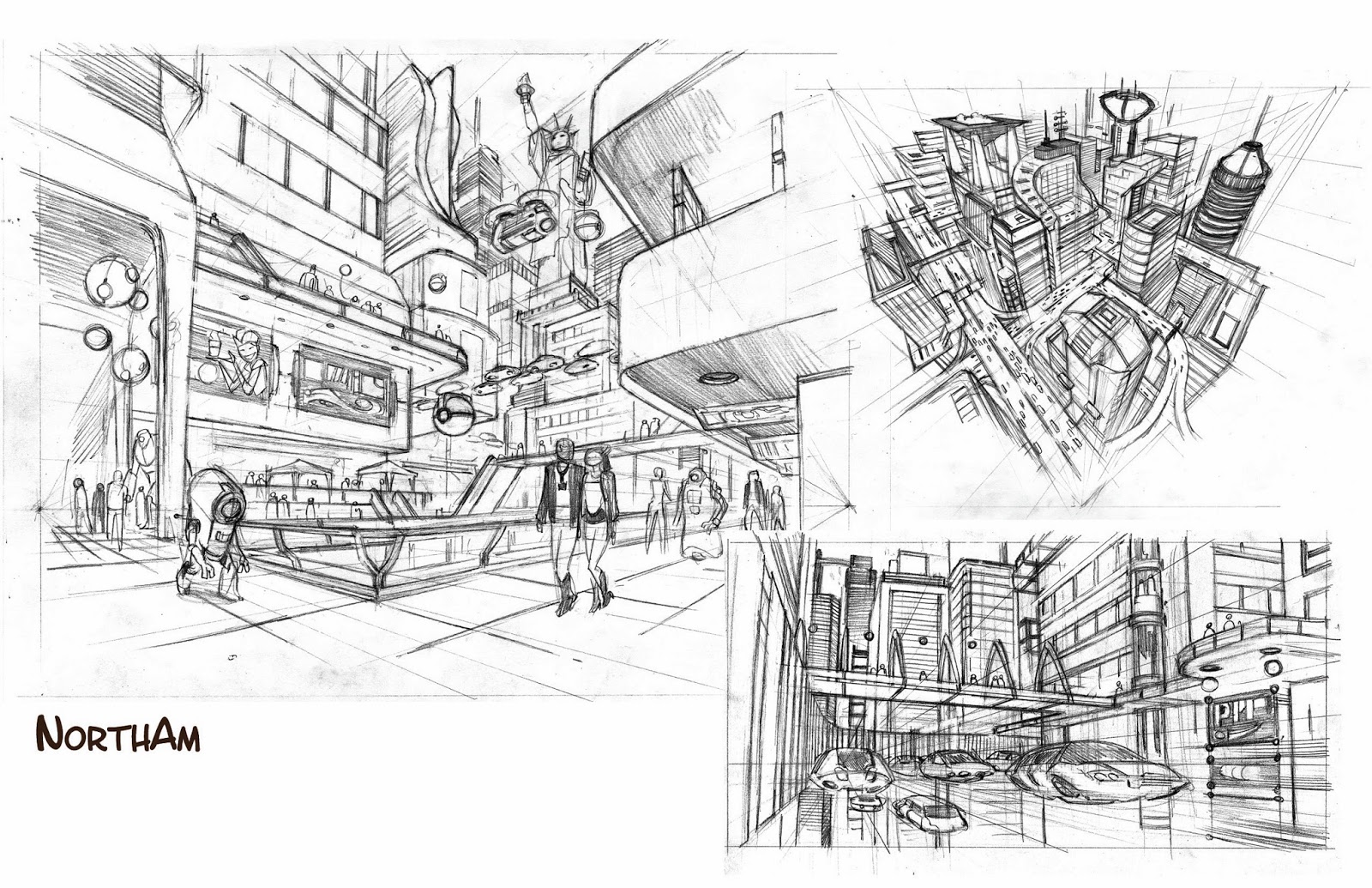 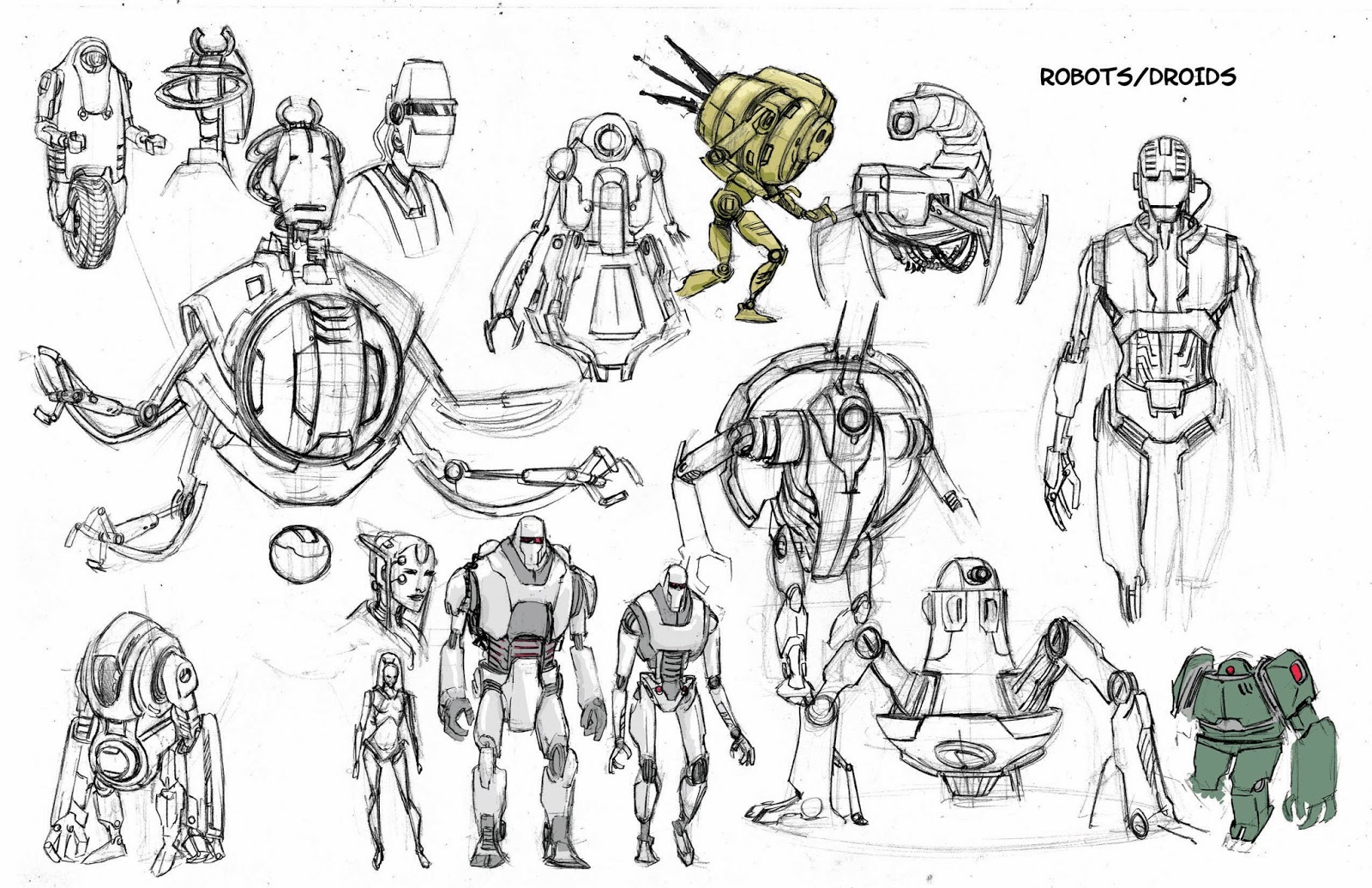 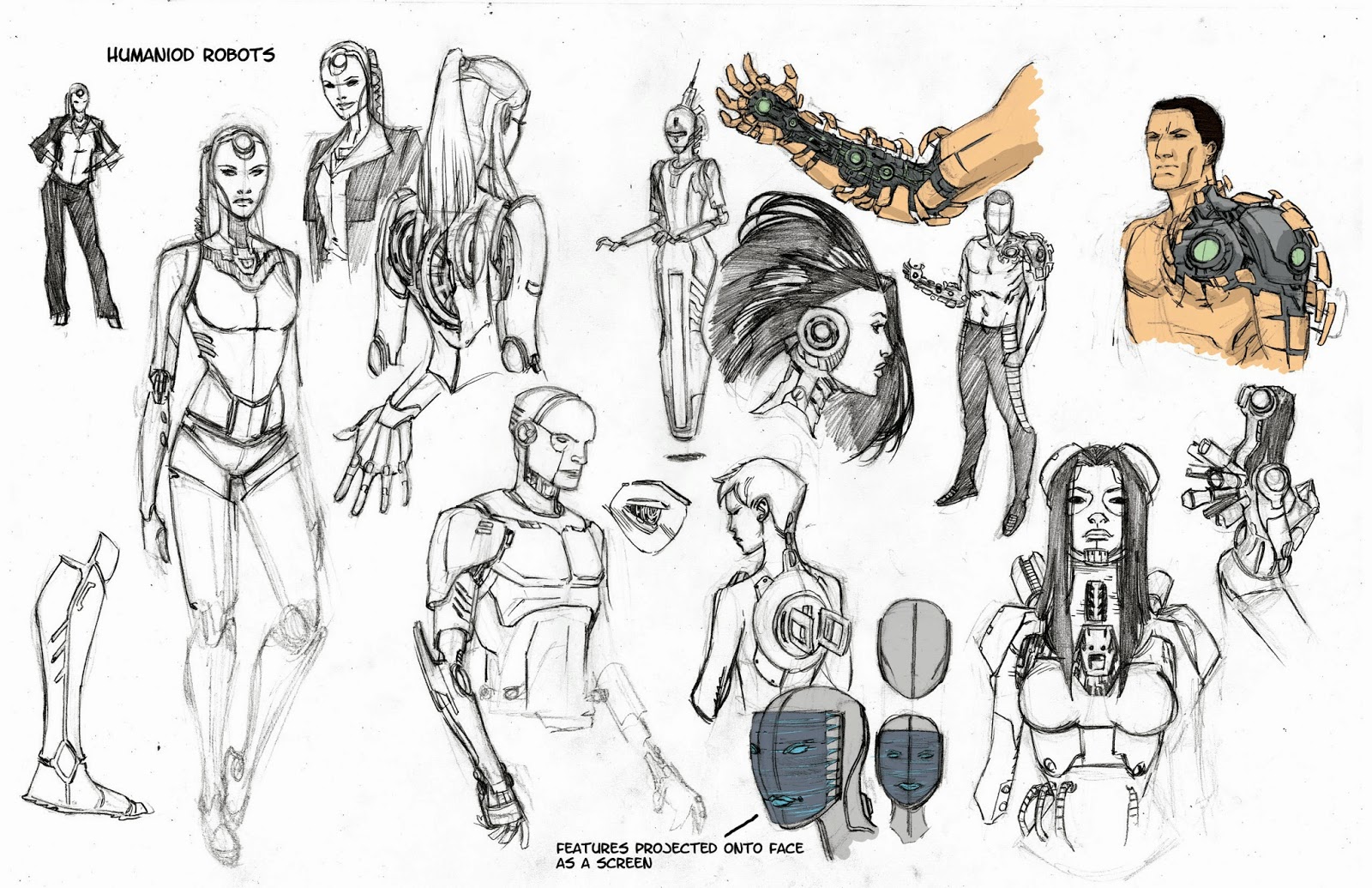 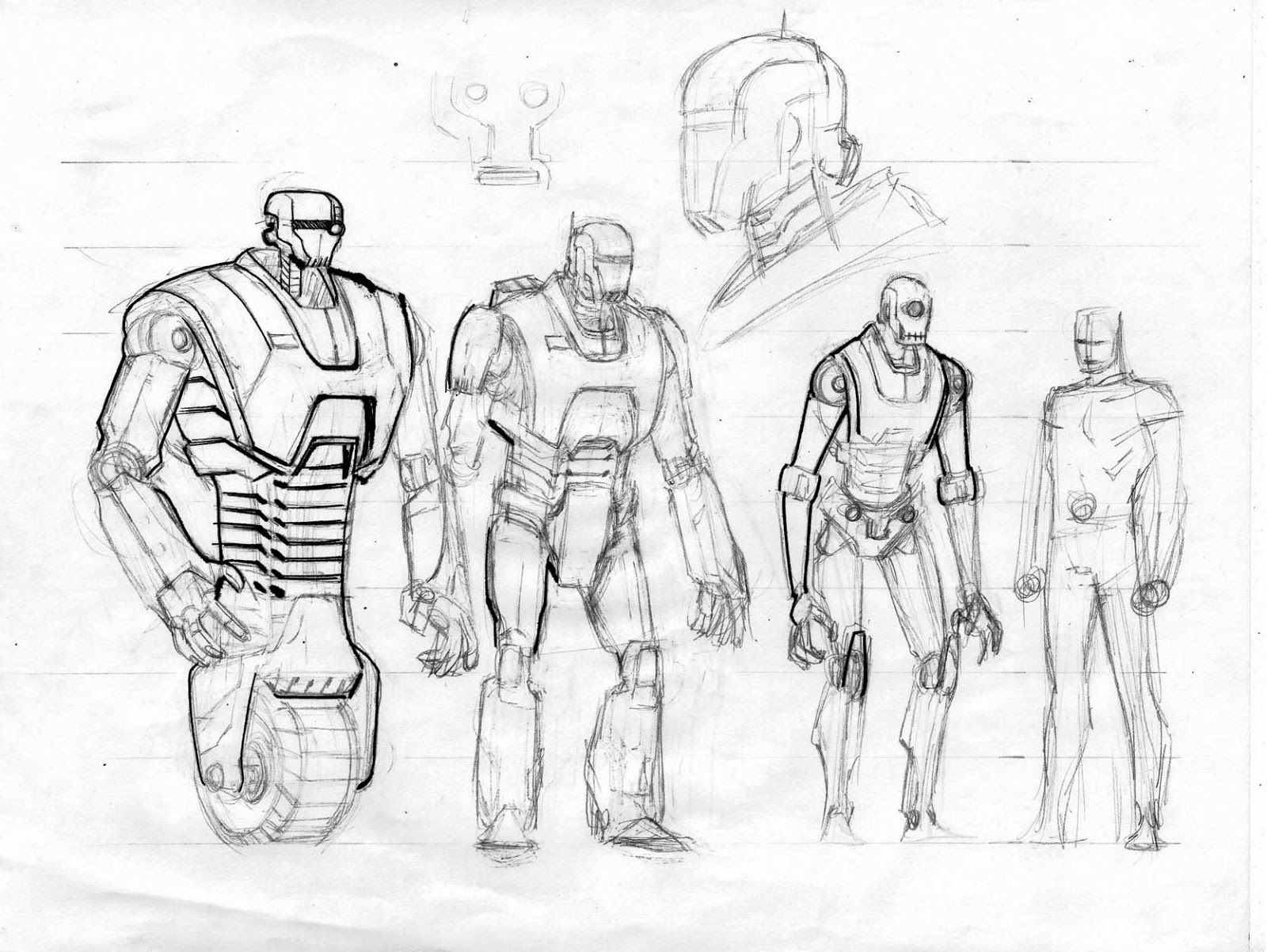 Direction at the time when I worked out these robots sketches was pretty loose, so I was able to really just do whatever and have fun. I tried to come up with a good mix-from clunky rust buckets to sleek humanoids, all shapes, all sizes, anything goes. So much fun. More than a few of these initial designs make it into the the series in various ways, and there's more still to come... 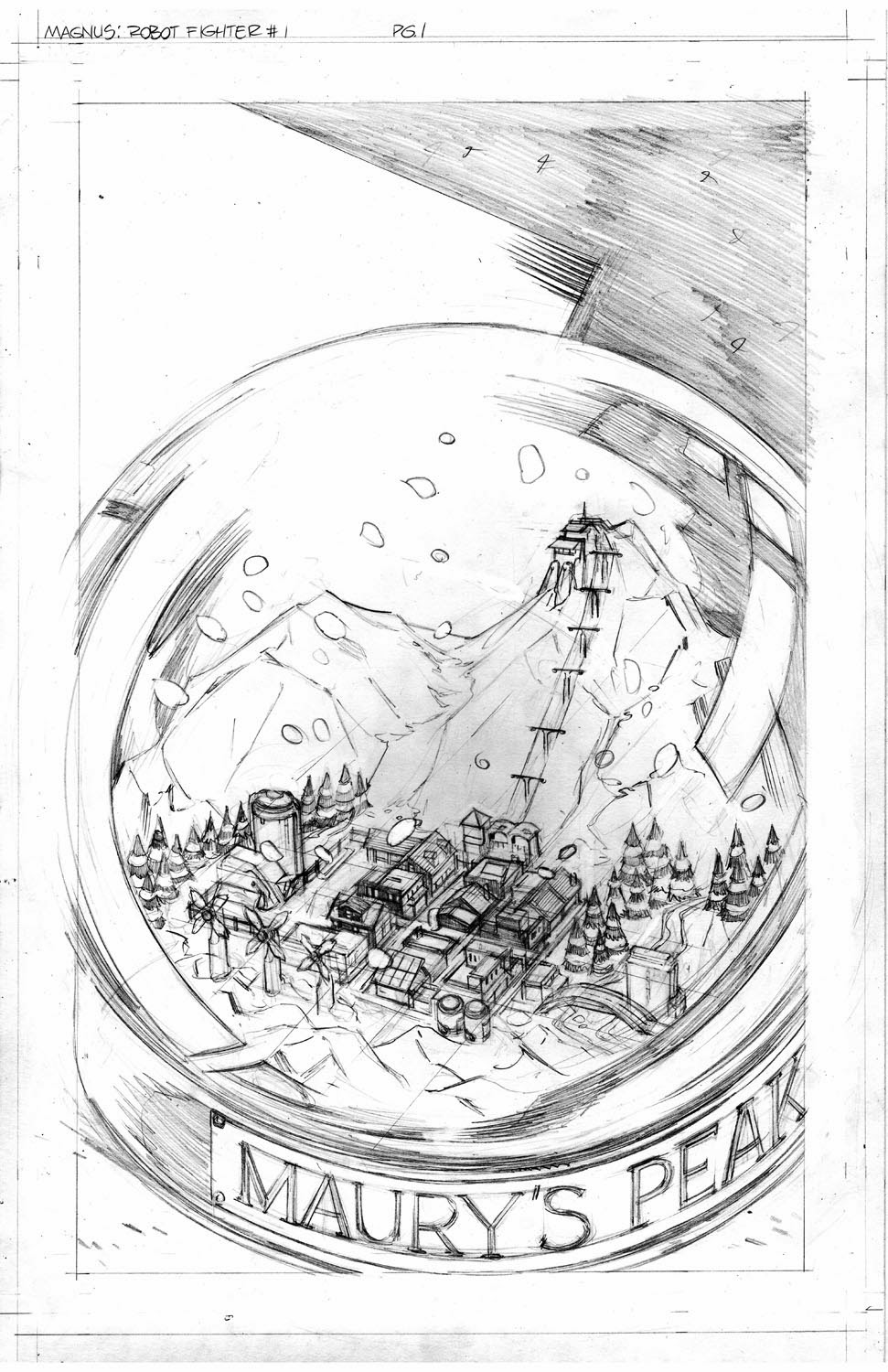 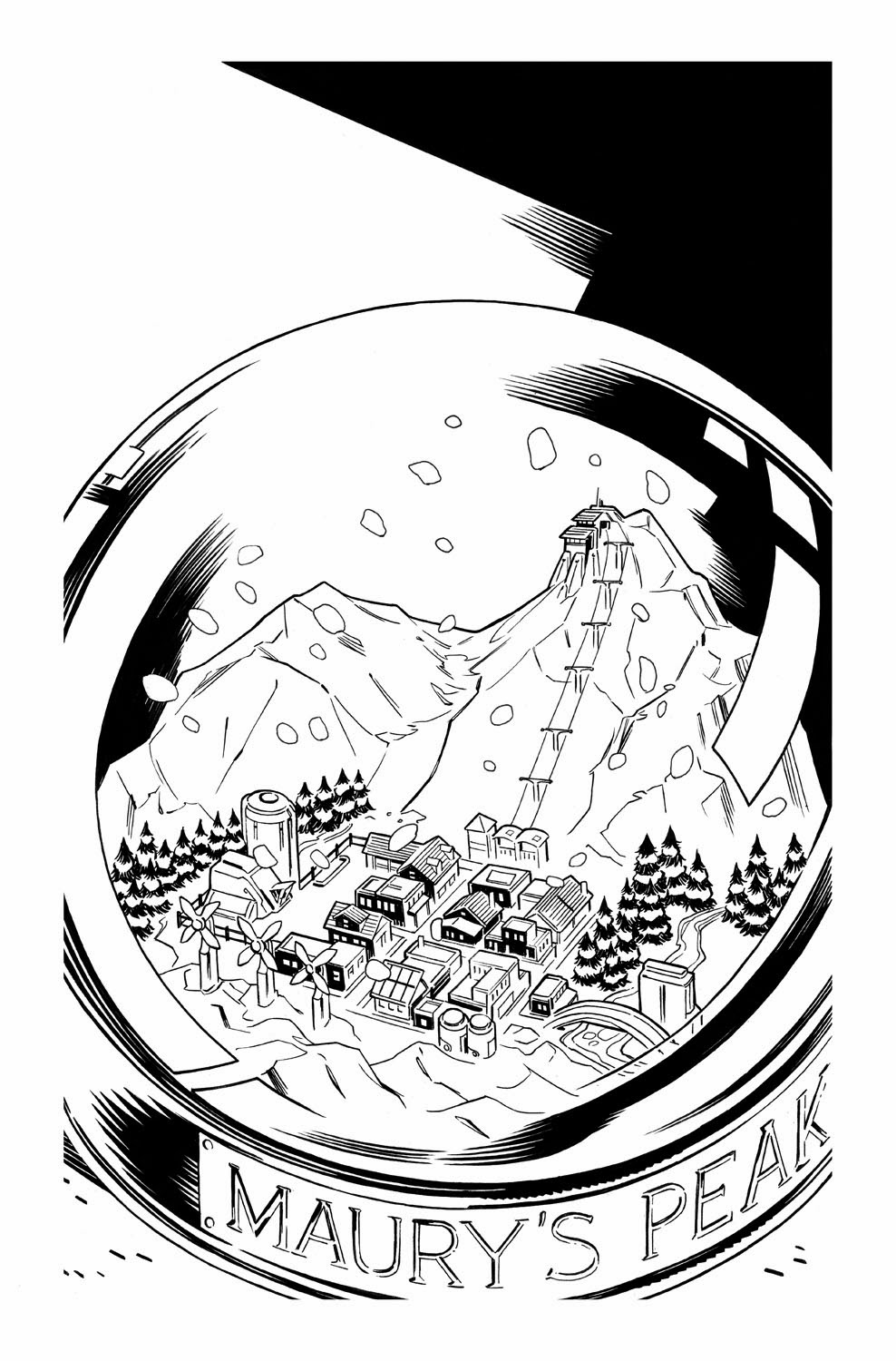 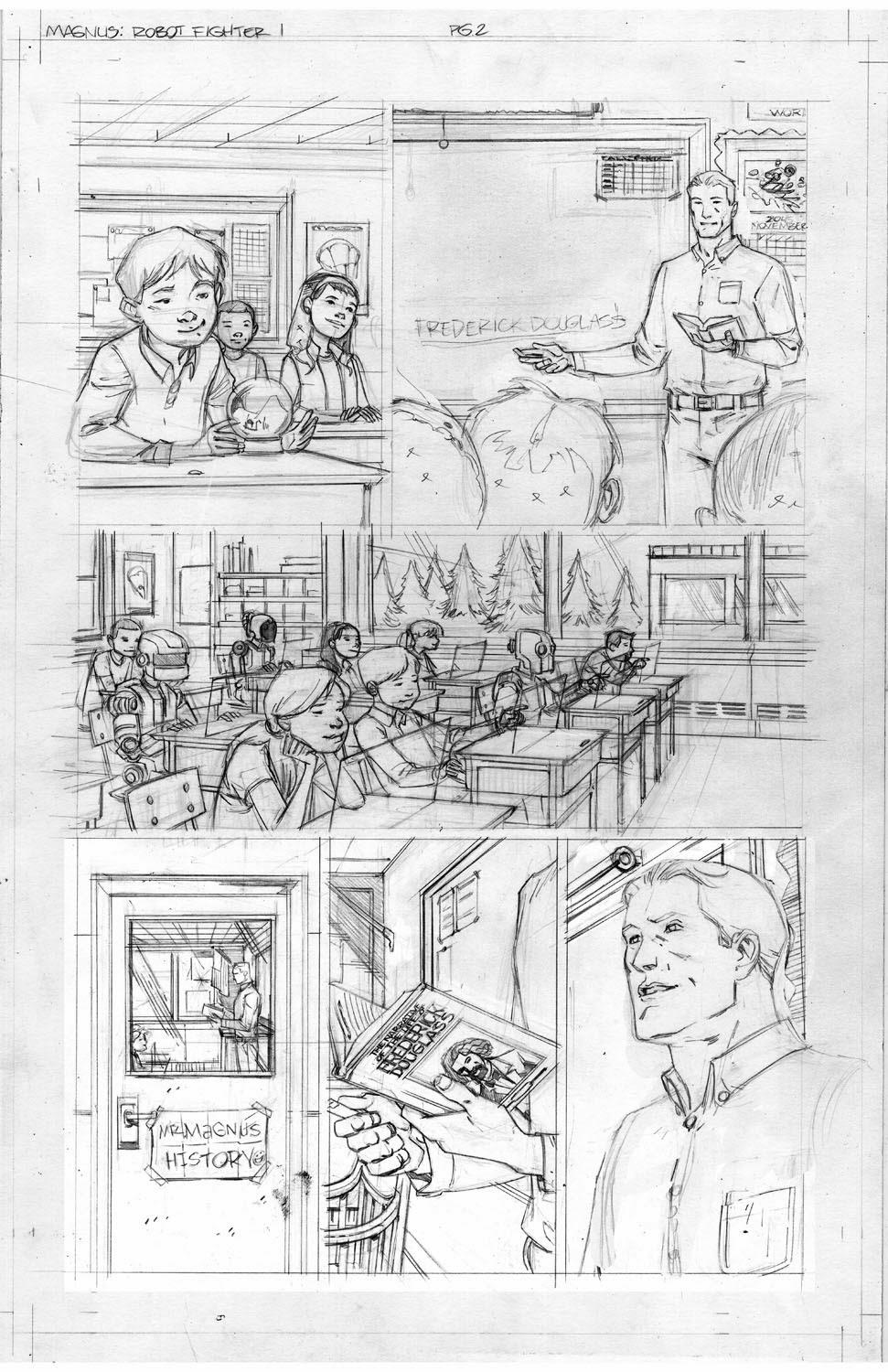 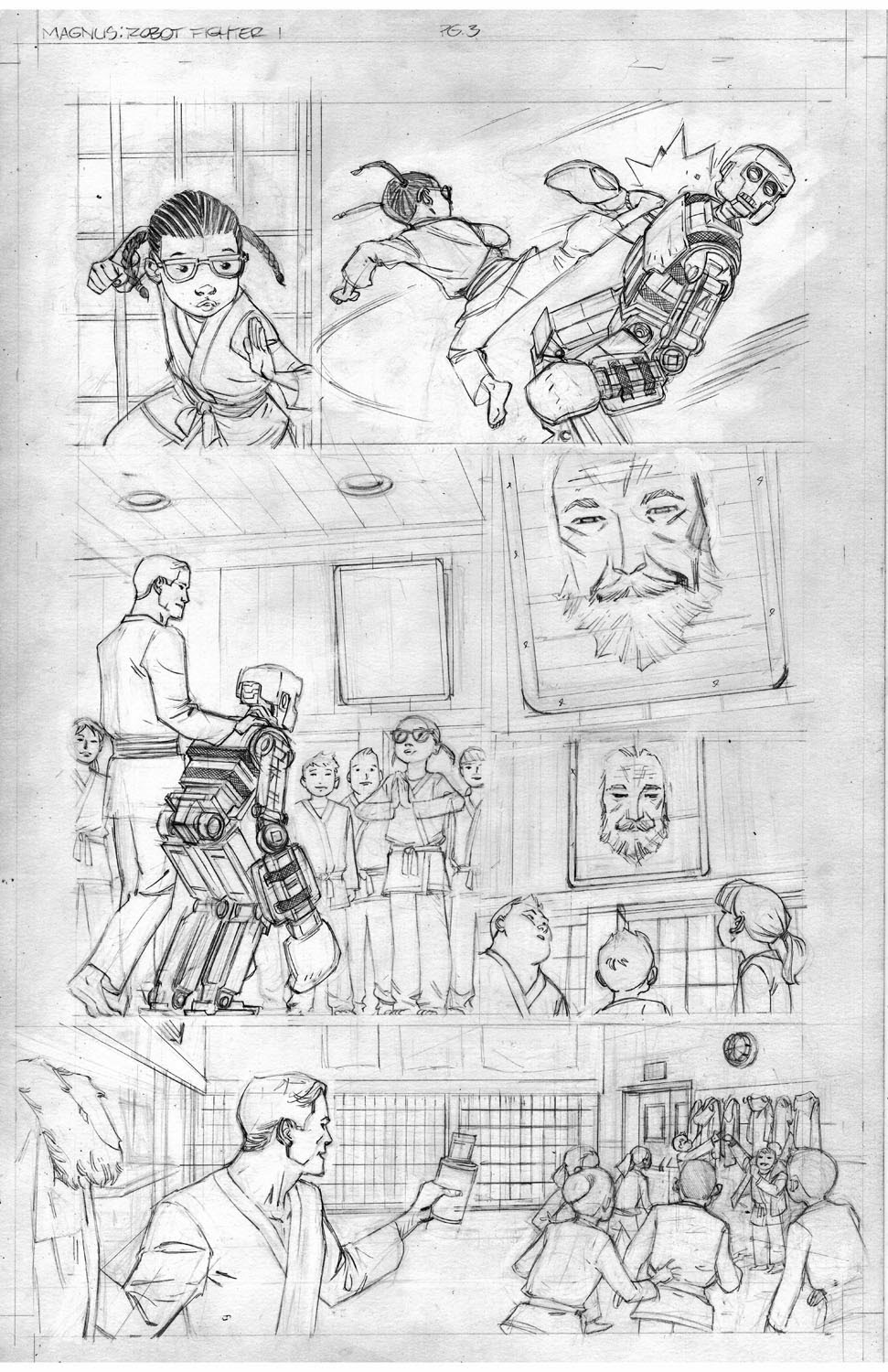 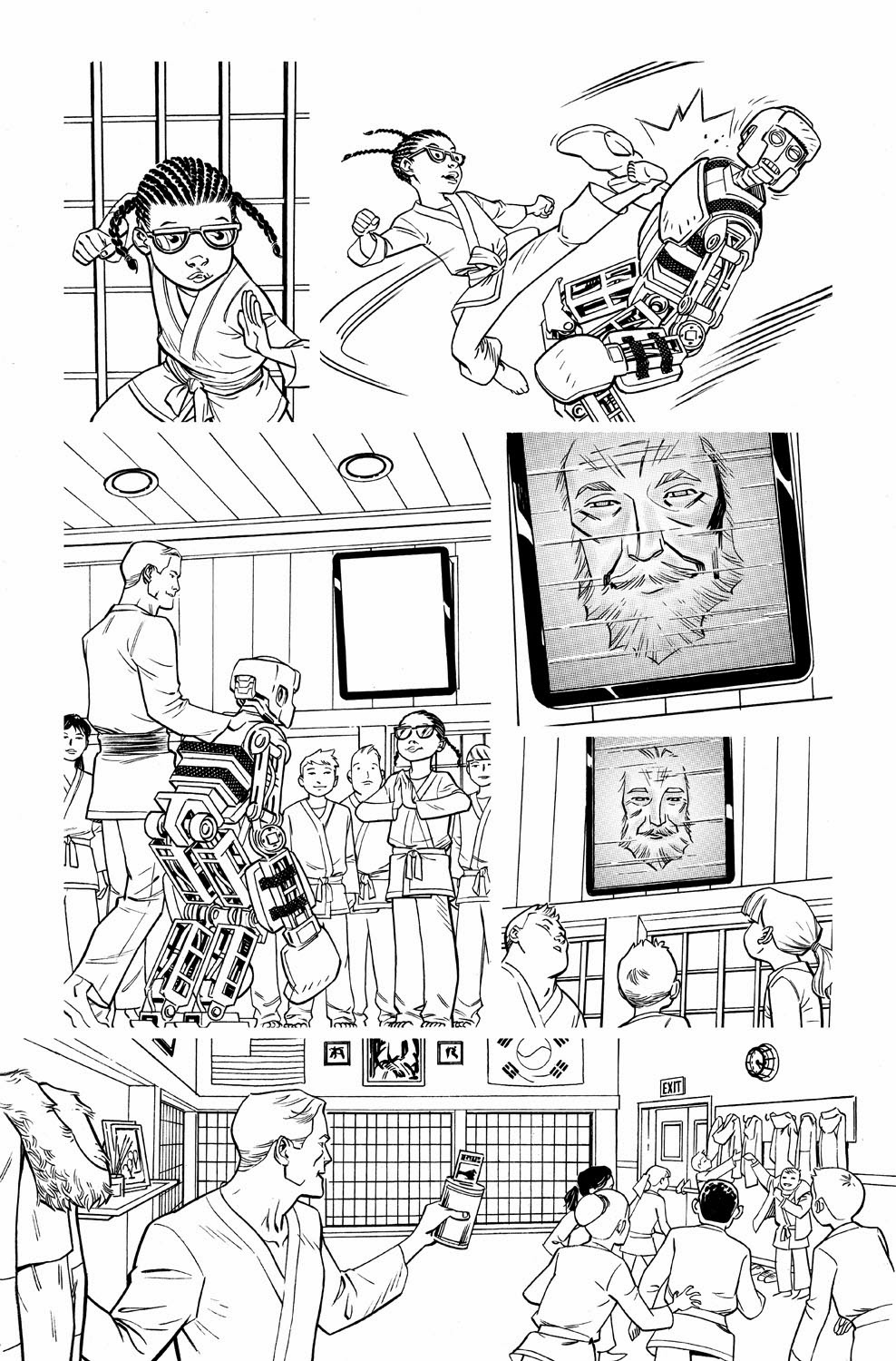 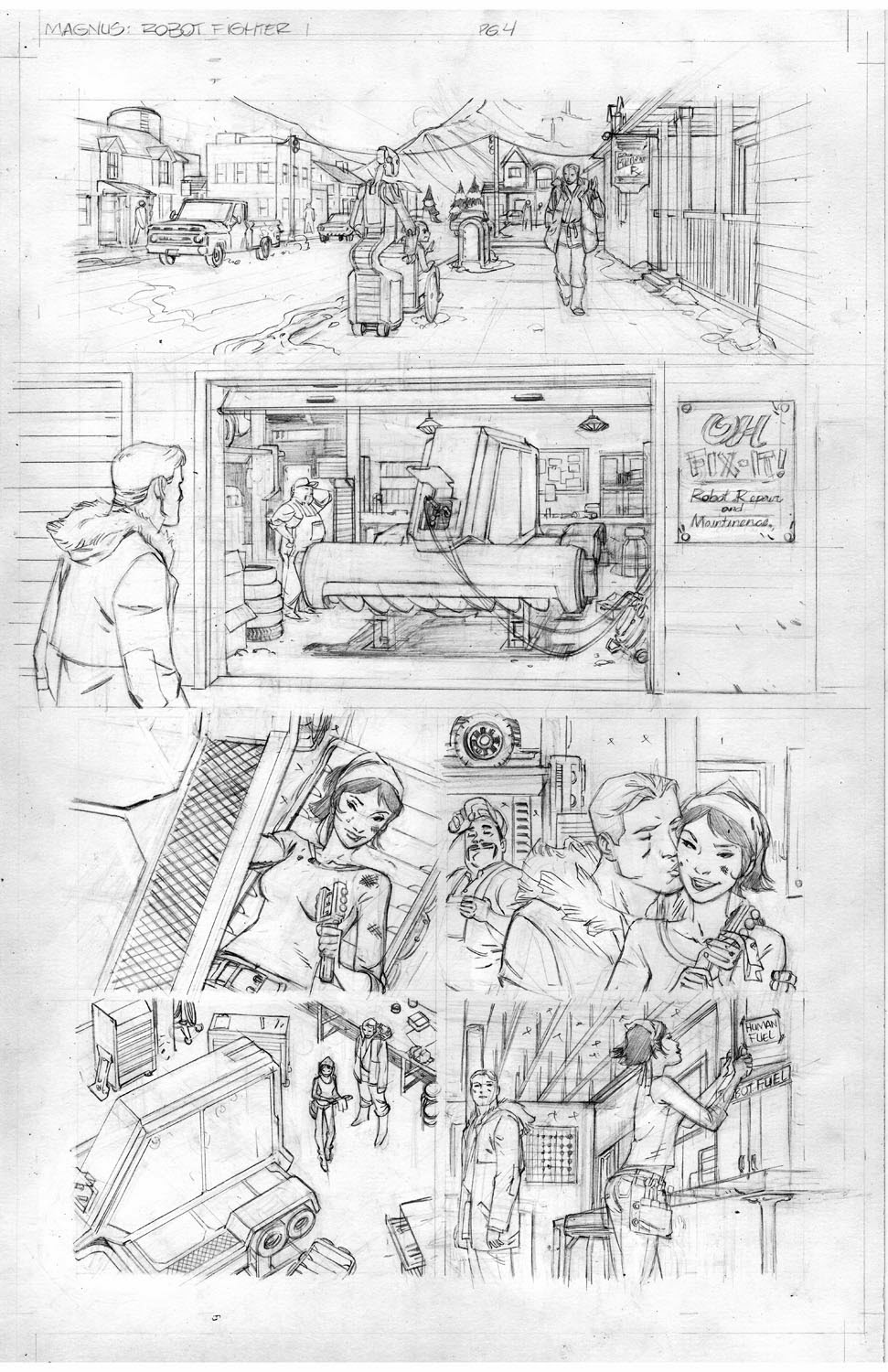 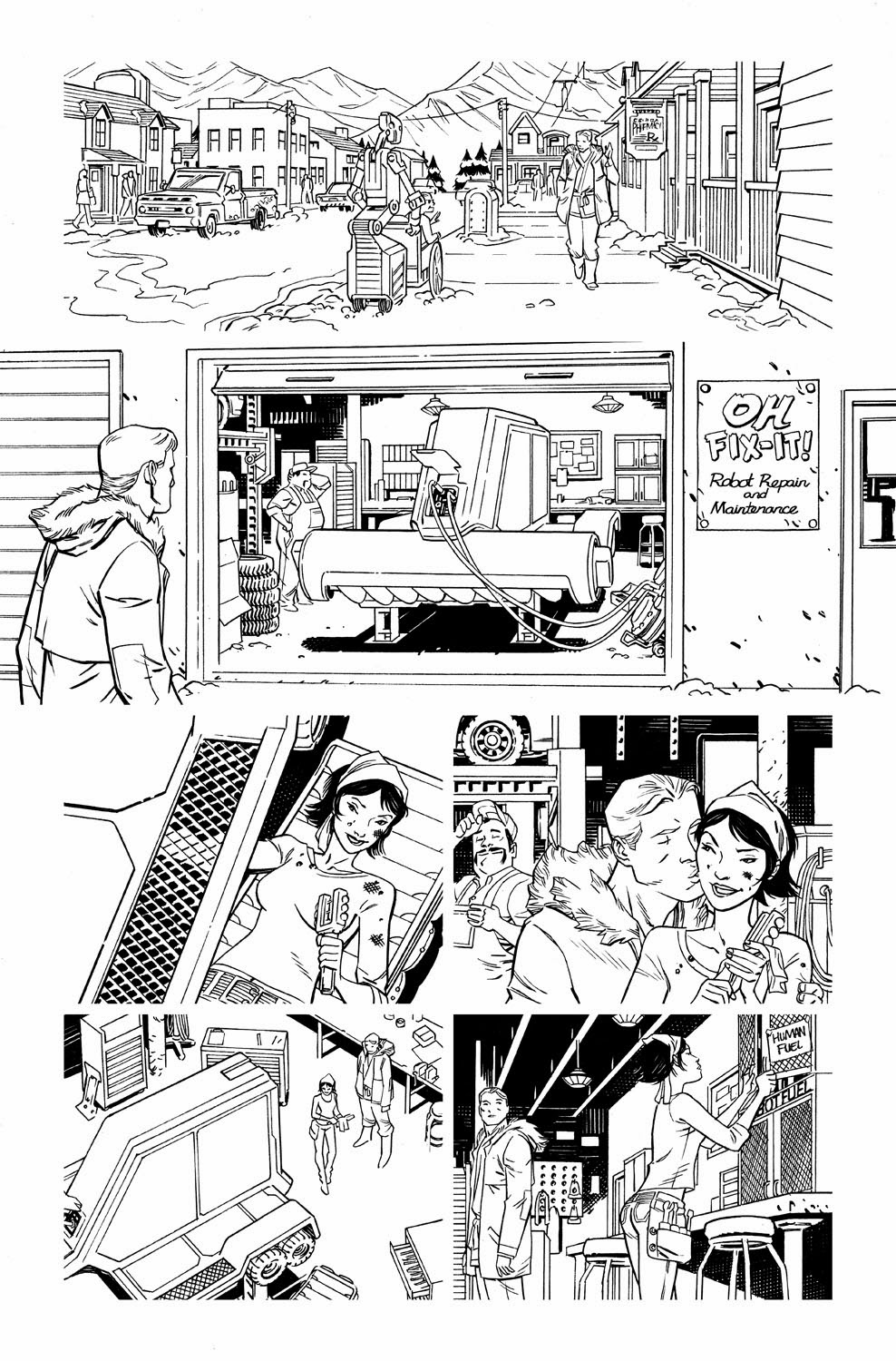 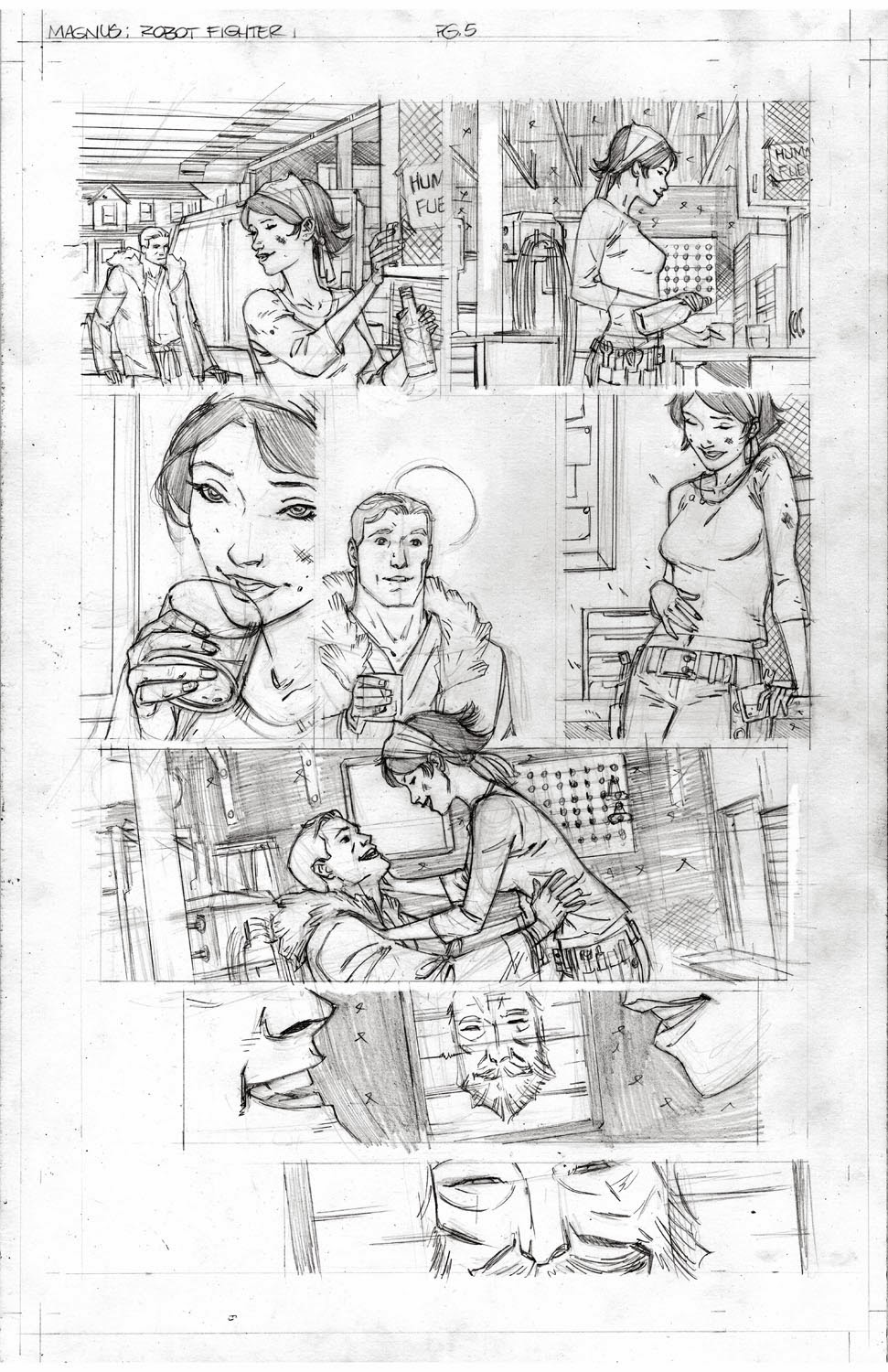 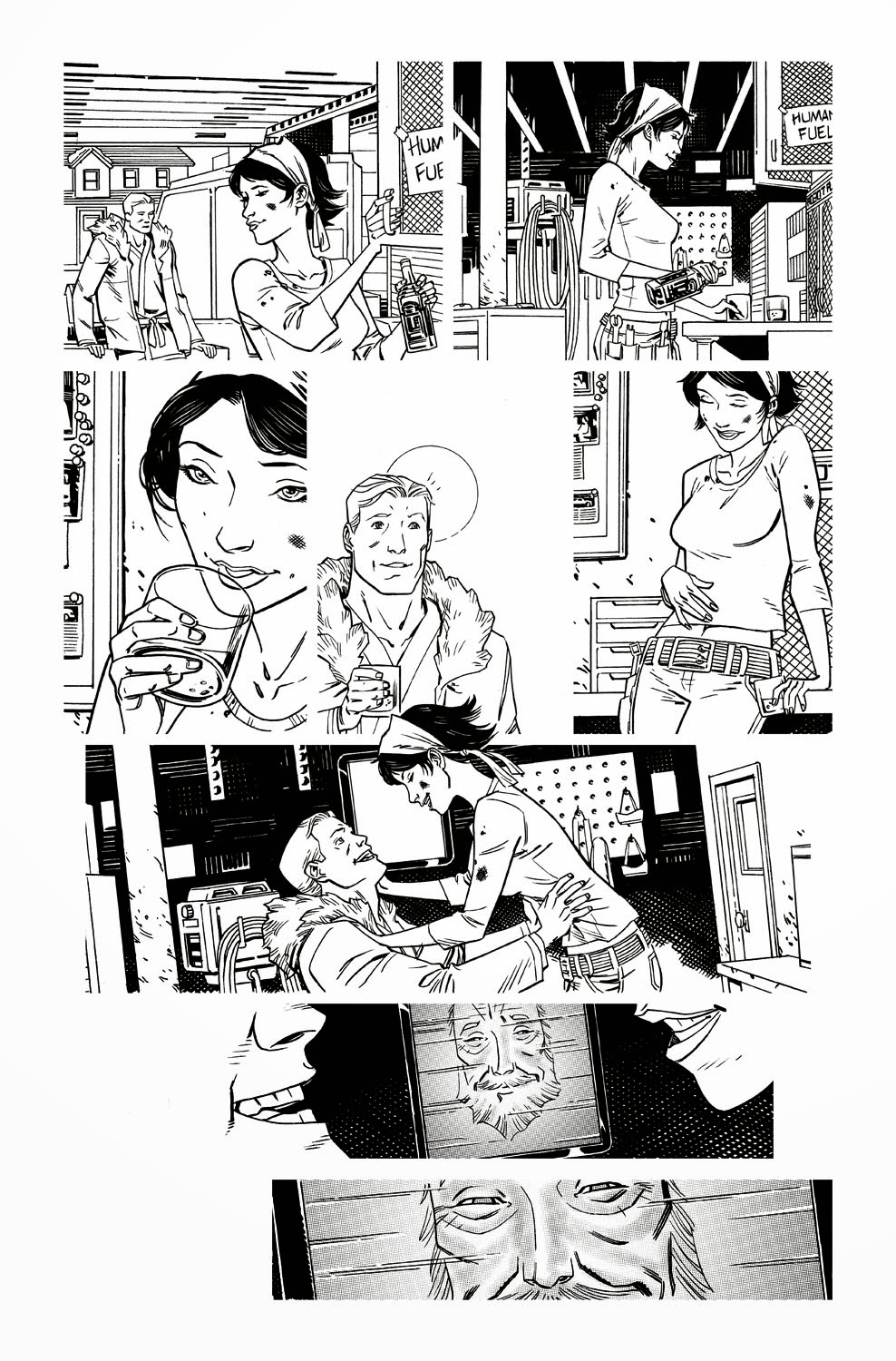 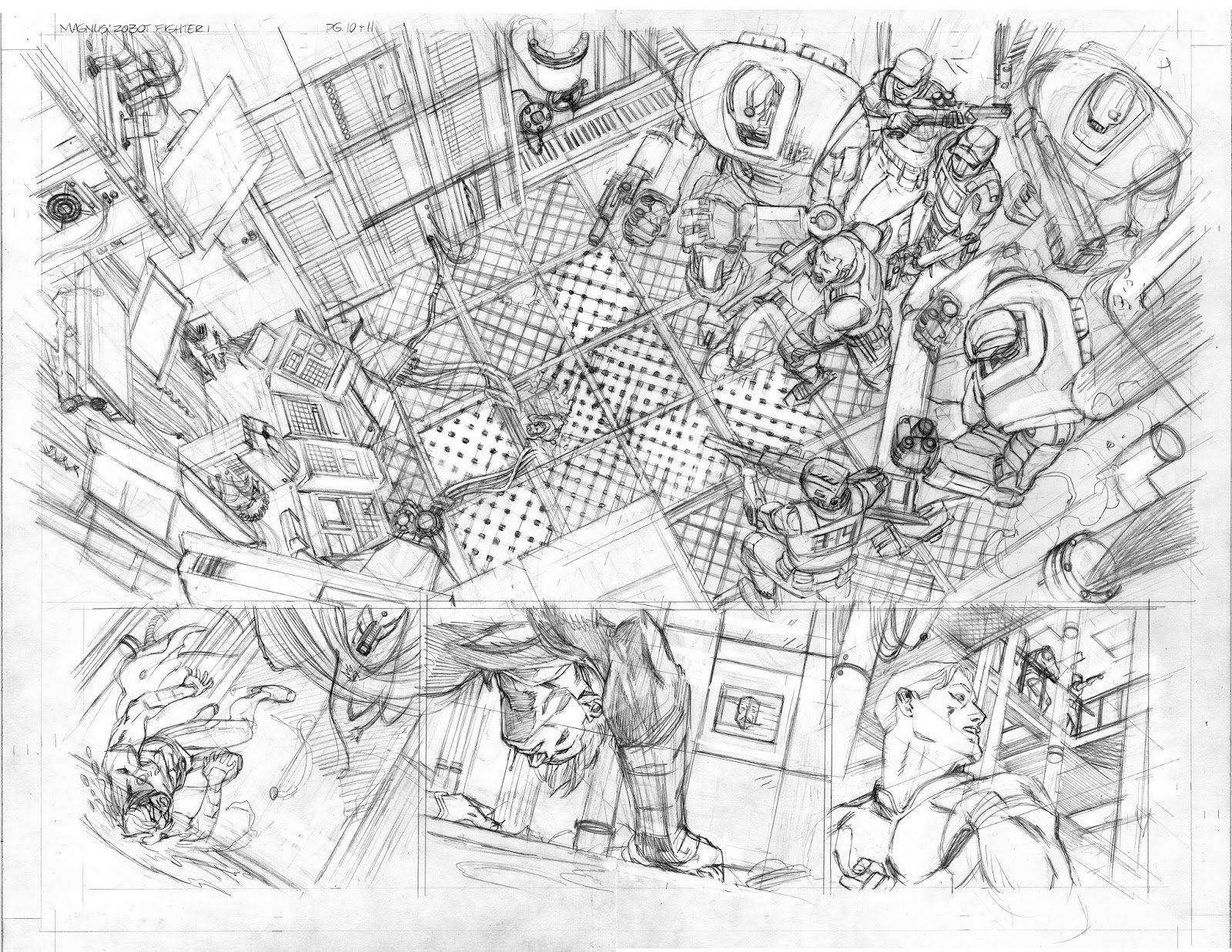 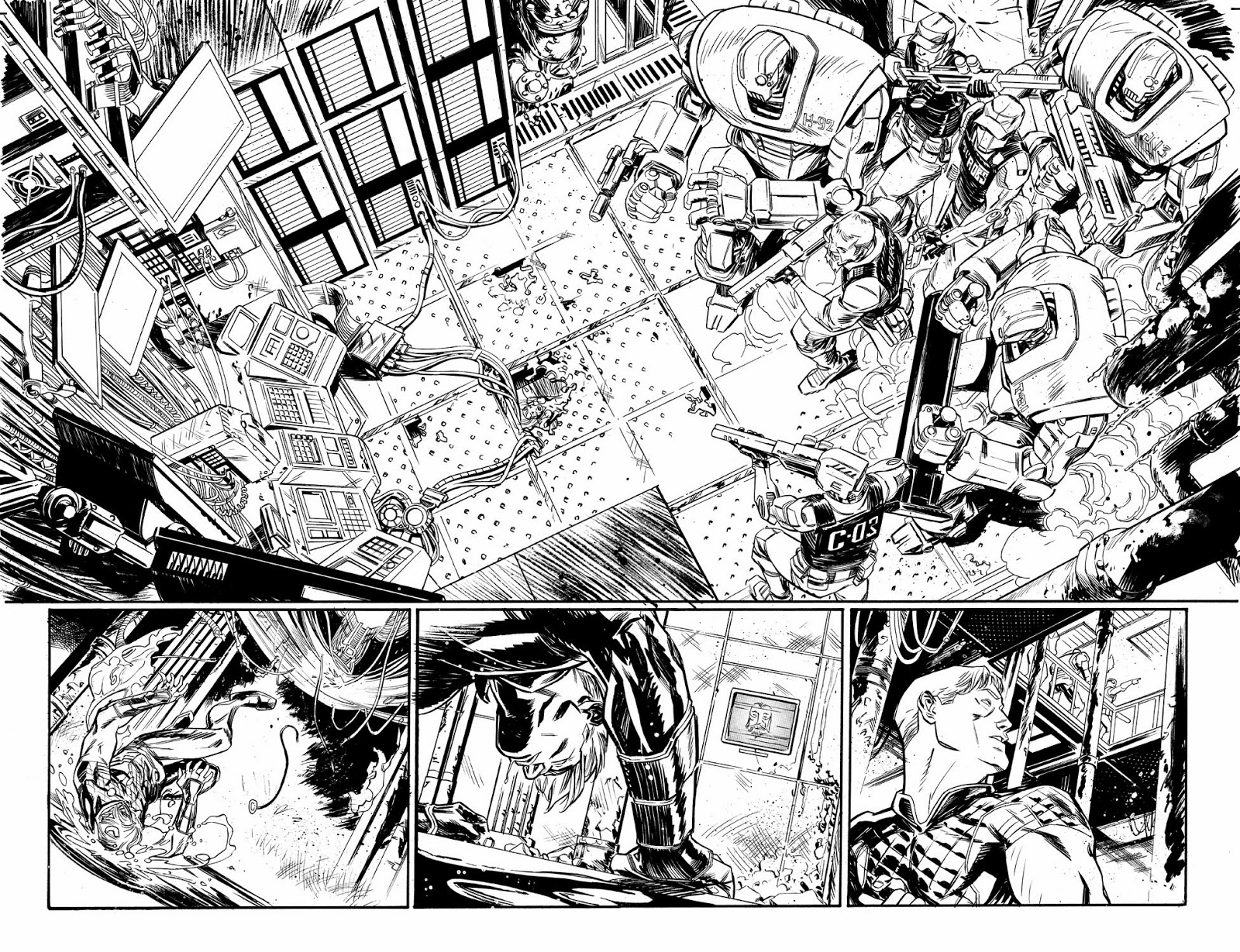 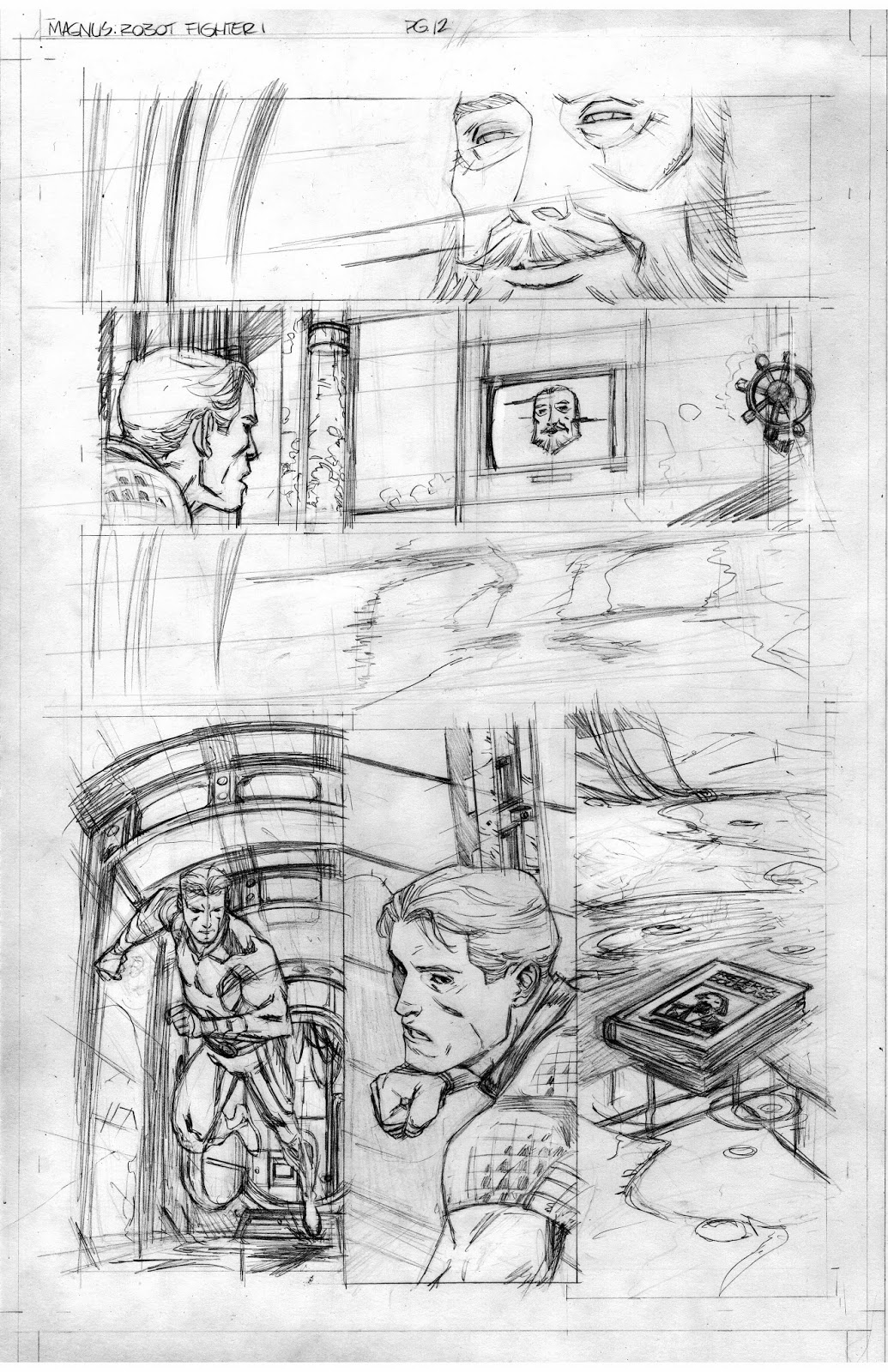 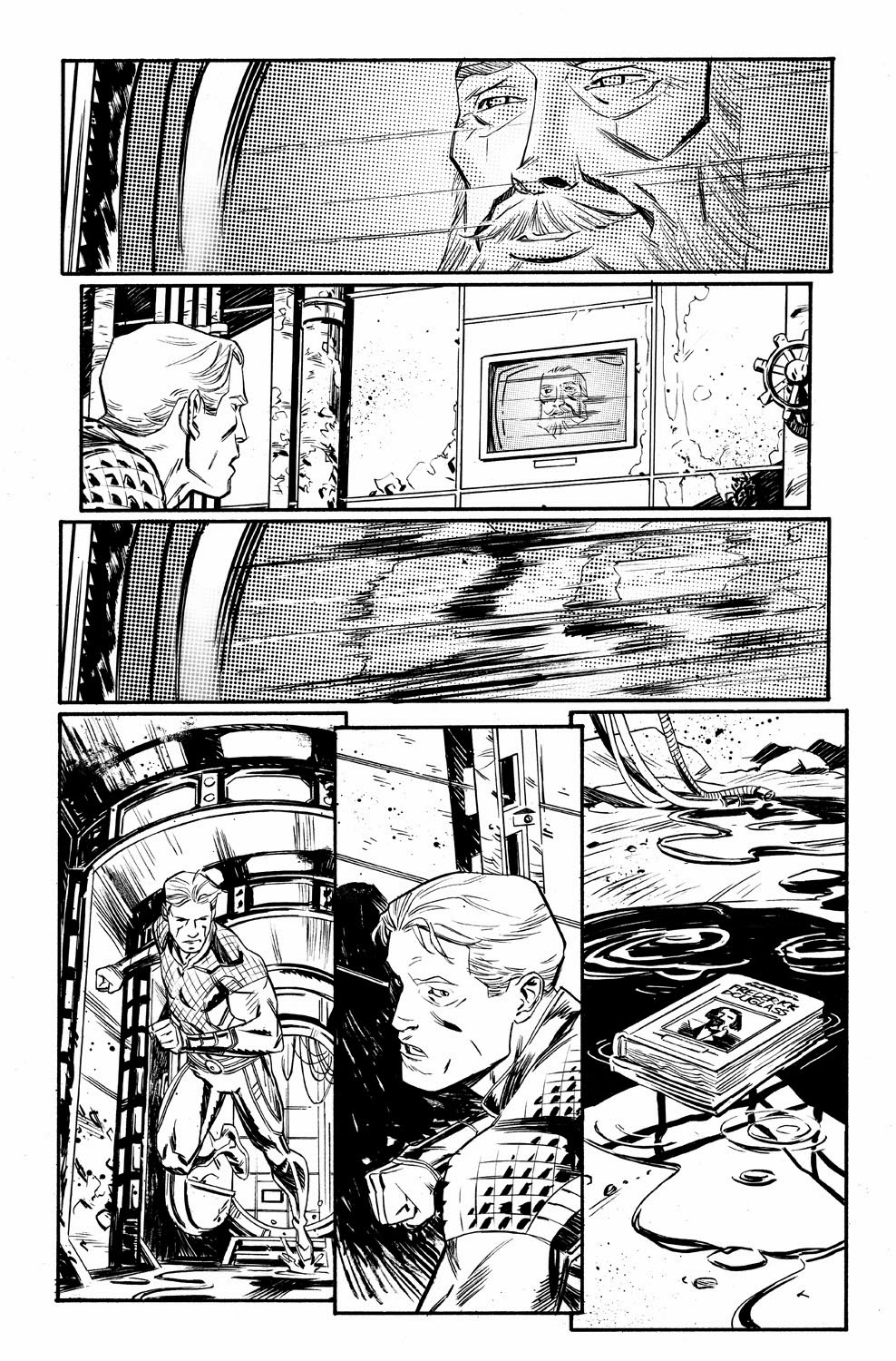 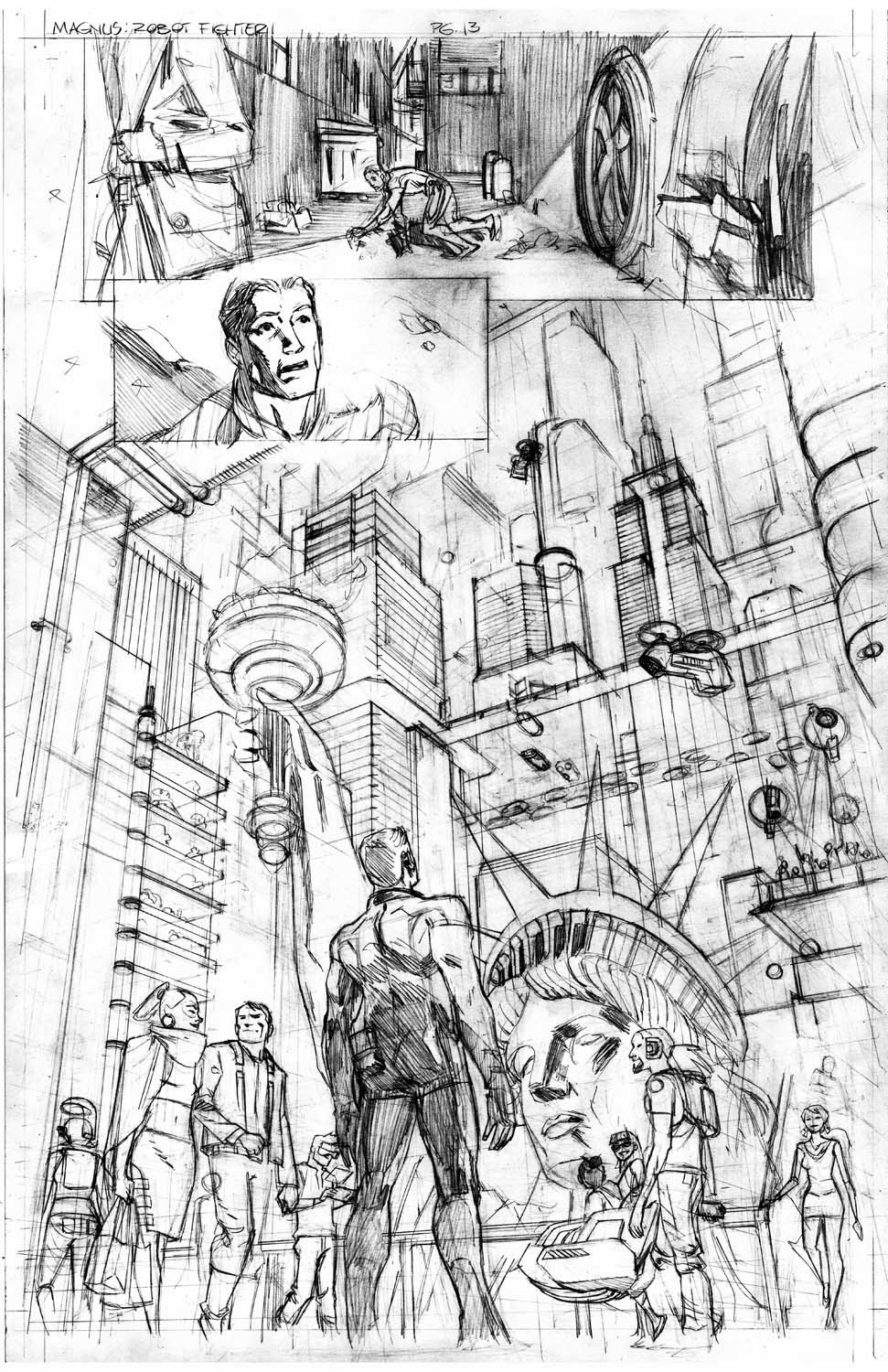 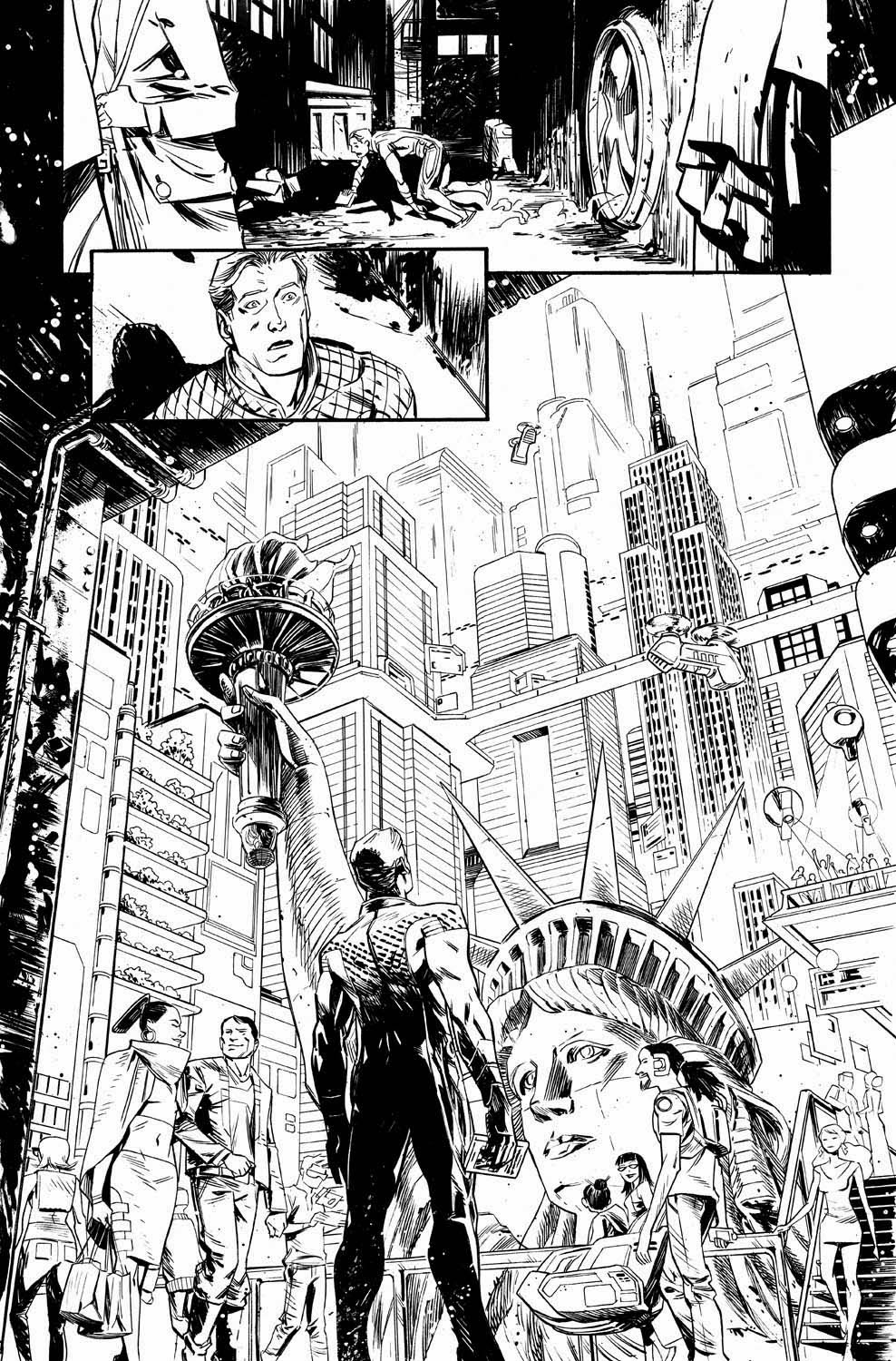 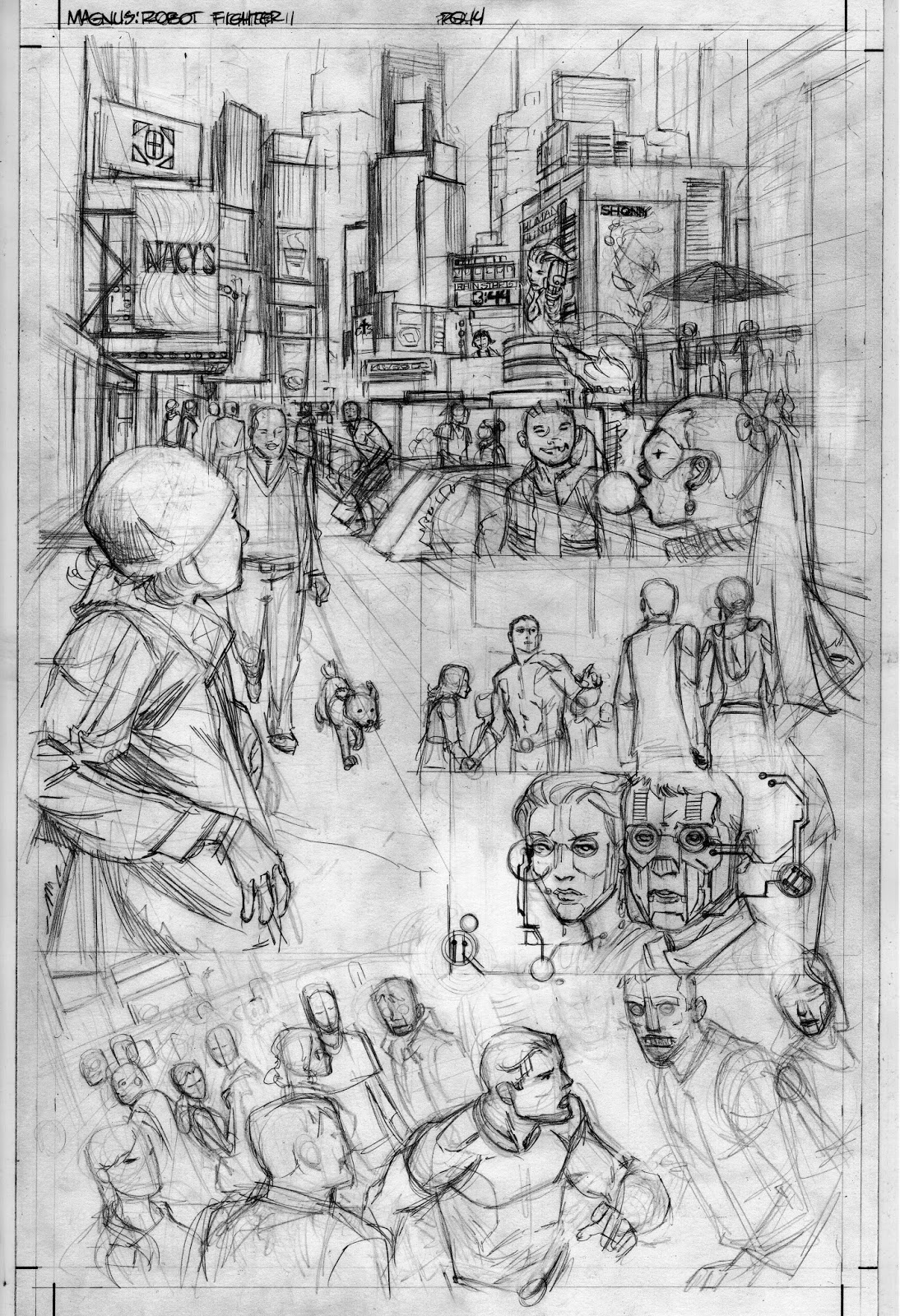 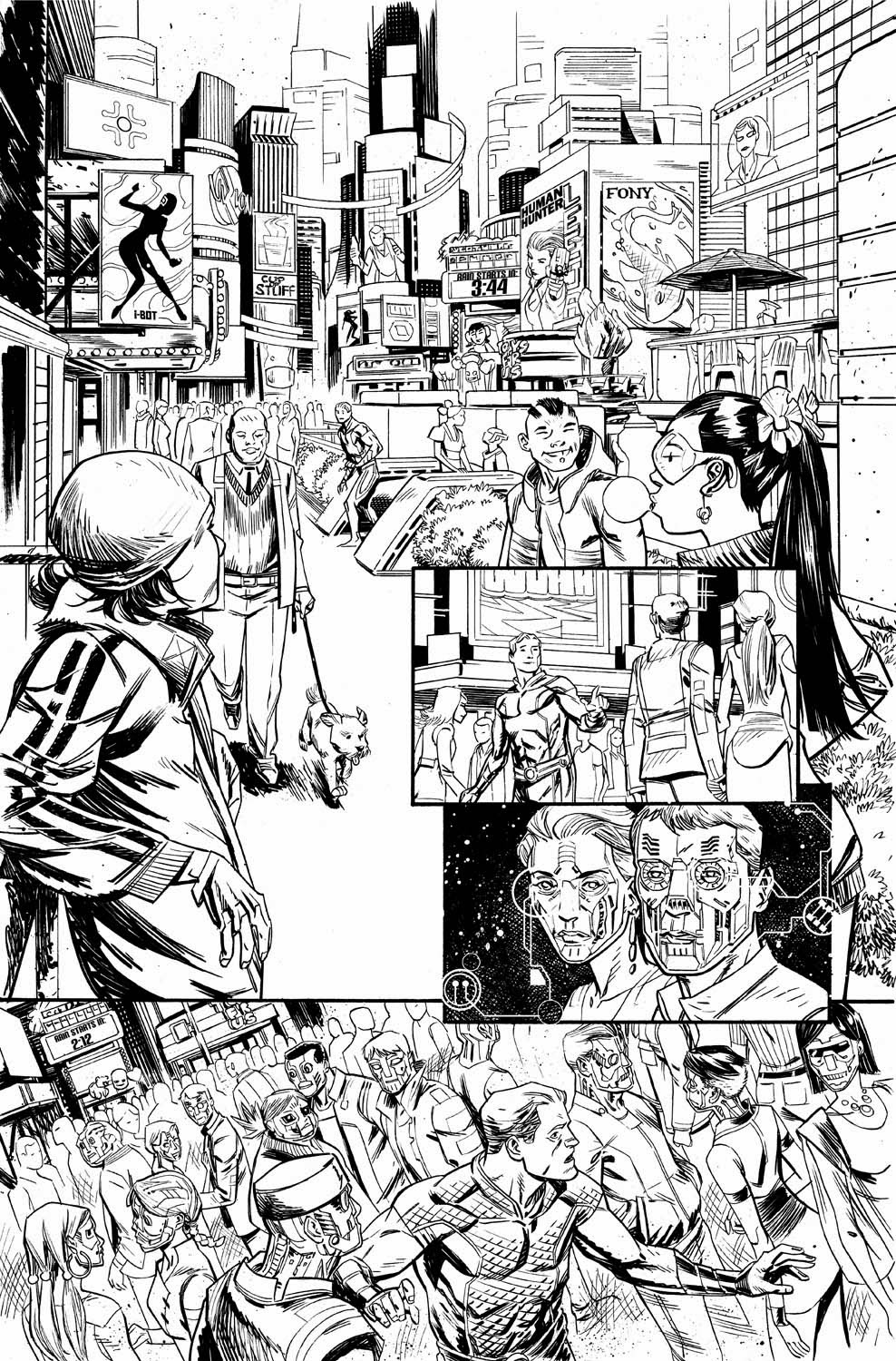 And here are my initial layouts for those pages, for those that like seeing this stuff (like me). I did three versions of the the double page spread layout before we decided on version B. I don't usually do multiple layouts for the same page, but sometimes it's best to eliminate some ideas to find the best one. 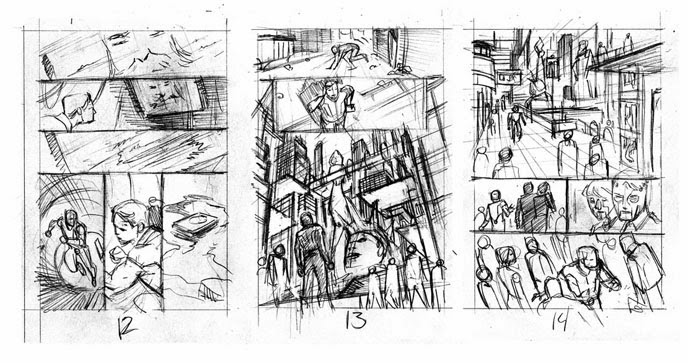 I really hope you all enjoy the book as much as we did making it! The first issue comes out this Wednesday 3/12, so please check it out!

You can see a full colored and lettered preview here